-Given opportunities for the Ulaanbaatar citizens- It is a wise and timely decision to use new solutions to solve the issues of the city, to ensure the comfort of citizens, and to create
Энэ мэдээ хуучирсан буюу 2022/04/13-нд нийтлэгдсэн мэдээ болно. A discussion on ‘Revival of Urban and Rural Areas’ was held on April 8 as part of the Mongolia Economic Forum 2022. Deputy Prime Minister S.Amarsaikhan, Member of the State Great Khural J.Munkhbat, Governor of the capital city and Mayor of Ulaanbaatar D.Sumiyabazar, Programme Manager at International Organization for Migration (IOM) Victor Lutenco, President of Ulaanbaatar Chamber of Commerce A.Gankhuyag and Plenipotentiary representative of the government in charge of Khushig Valley’s development D.Oyunkhorol were panelists of the meeting.

During the discussion, urban and rural area development and pressing issues were discussed. “For the first time, Ulaanbaatar city’s annual budget was increased from MNT 29 billion to MNT 900 billion. The major pressing issues for Ulaanbaatar are the limited legal environment and system in general. Therefore, we will develop the capital city with proper planning and digital innovation.

On the other hand, the development of rural areas also should be considered. Ulaanbaatar's economy has reached MNT 28 trillion and accounts for 74 percent of Mongolia's GDP.

‘General Development Plan for Ulaanbaatar until 2050’ will soon be finalized and submitted to the State Great Khural. Ulaanbaatar city planning is prepared to be further analyzed for international cooperation. We have been able to expand domestic investment 30 times over the past year and now we are planning to raise funds abroad and issue a development bond on the international market”.

A full-scale policy renovation is vital for regional development

Plenipotentiary Representative of the Government in charge of Khushig Valley’s development D.Oyunkhorol: A total of 31 thousand hectares of land was taken under state special needs for the satellite city which will be built based on the new Chinggis Khaan International Airport in Khushig Valley. A regulation on establishing a 1000-hectare free economic zone was approved. Therefore, an opportunity has been opened up for the private sector to be able to enjoy tax exemptions or deductions. The satellite city to be established in Khushig Valley is planned for 150,000 citizens.

It is important to make centralization into an opportunity “It is common for people to put emphasis on the negative aspects of urban centralization. Centralization has two sides. Big cities compete to attract more residents and it is how cities and regions are developed. However, we should not forget the side effects. Therefore, It is important to turn centralization into an opportunity”. “Mongolia is a low-populated country with a large territory and the majority of the population is young. Young people have a tendency to settle in a place where there is a development. Establishment of satellite cities needs to be coordinated with rural development policies”.

We must have one vision and unified strategy “As of today, there is no unified policy on the revival of urban and rural areas. Which is why, we must have one vision and unified strategy. The development will be achieved through fiscal discipline”. 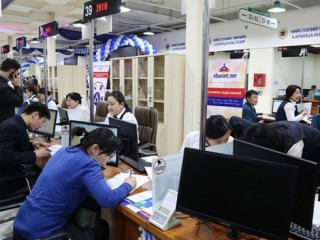